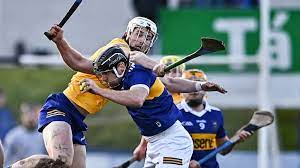 The Tipperary senior hurling team got their competitive season underway in Mallow on January 3rd when they played Waterford in the Munster hurling league. Although the result did not go Tipperary’s way, there were many positives to take from the performance as the players battled very well all through the game, but in the end had to give second best to Waterford on a full time score of 1-15 to 0-21. Next up for Liam Cahill’s men was a date with Clare in MacDonagh Park Nenagh last Sunday afternoon. This game was played in front of a very large Tipperary crowd who came out to show their support for the team. Making 10 changes from the opening game, the Tipperary management would have been very happy with hoe the players performed as they emerged victorious by 2-22 to 0-20 points. This result now means that should Clare defeat Waterford in their upcoming fixture, Tipperary will in all likelihood qualify for the final of the competition.